Maybe you are a shift worker or a manager travelling through various time zones for business. Or perhaps you are working during the night in front of a bright computer screen and catching up on sleep in the morning.

Either way, you are disrupting your inner biological clock, and sooner or later you will pay the price by developing insomnia and chronic health conditions. Nowadays, modern humans often mess with their internal biological timekeeping system and many times night become a day or vice versa.

The good news is that you can reset your inner biological clock to mitigate the effects of the modern lifestyle with so-called Zeitgeber. That’s a word from the science of Chronobiology and means Time Cue. The three most critical natural Zeitgebers are Light, Temperature and Food. Being periodically exposed to these time cues at the right time of the 24-hour  cycle is decisive for health and wellbeing.

What Is Circadian Rhythm and How Does Our Inner Biological Timekeeping System Works?

Our inner biological clock is located in the brain and keeps our body in sync with the light and dark cycles of the planet earth. It is called the Circadian Clock System. Circadian Clock adapts every cell in our body to the changes between day and night which are caused by the earth’s rotation around its axis.

We can find the pacemaker of the circadian timekeeping system in the brain, precisely in the Hypothalamus. The central pacemaker in the brain is called the Suprachiasmatic Nucleus or short SCN. The SCN is tightly linked to the different light frequencies entering the eye’s retina and sets the pace for all other cells in the body.

Think of it as a GPS on your mobile phone or in the car. If the satellite tells the wrong time, the other devices go wrong as well. A second difference in the timing can interfere and disrupt GPS equipment for hours. The same happens with our central pacemaker in the brain when the timing is off. If the eye scans the wrong impulses (like the blue light at night)in the Central Pacemaker (SCN) all cells, tissues and organ systems are negatively influenced.

The best example is the hormone melatonin. This hormone is released during night time to induce the deep and restorative sleep. If we are receiving from the environment light frequencies, similar to daylight at night, the hormone release will be delayed, and the consequence is a later onset of sleep. All hormones and organ systems react to the central pacemaker. If you are exposed to artificial light frequencies at night, the whole system gets out of control.

People living in constant circadian mismatches like shift workers pay the toll with diseases like obesity, type 2 diabetes, depression, anxiety, autoimmunity and cancer. Scientists can link almost every illness to a Circadian Mismatch. Doctors, nurses, shift workers and everyone else who are introducing artificial blue light frequencies into their evening and night have one thing in common. The circadian timekeeping system is out of order.

Is Melatonin Good For You?

There are many supplements and protocols on the market to mitigate the effects of a circadian mismatch, but there is one inconvenient truth!

You cannot out-supplement nature in the long term!

The question is should you take melatonin as a supplement on longterm?

How much melatonin should you take to have beneficial effects?

Melatonin also called the night hormone because of its sleep-promoting and antioxidant properties. It’s essential for the brain and bodies regeneration process during the night.

How Is Melatonin Produced?

Our bodies produce the hormone melatonin in response to the changing light frequencies. When the sun slowly disappears, our body temperature cools down, and melatonin is released. It’s important to know that darkness stimulates melatonin secretion in the pineal gland whereas exposure to light inhibits this mechanism.

Melatonin is produced in the body when the sun goes down. The lower blue light frequencies are picked up by the eye’s retina, and this signal is transferred to the circadian pacemaker (SCN) in the brain. From there, the electric signal goes to the pineal gland where most of the melatonin is produced and released. The effect of the increased melatonin levels in the circulation makes us tired and drowsy. If we go to sleep in absolute darkness, melatonin release can be ten times higher. During the night this essential hormone is being carried to all organ systems of the body signalling that its night time to switch gears in all biological systems for rest and repair.

How Does Melatonin Work?

1. Inducing and maintaining sleep. It is important to know that the process of sleep is complicated. Melatonin is not the only hormone involved in sleep, but it makes us sleep and recover better.

2. Melatonin has essential health benefits because of its antioxidant and anti-inflammatory properties. It can neutralise reactive oxygen species (ROS) accumulated during the day and can, therefore, protect cells, tissues and organ systems.

Melatonin is not only produced in the brain. Smaller amounts are released from the cells of the reproductive organs, the eye and the gut. Melatonin is crucial for the regeneration of our energy factories in the cells called mitochondria. The lack of energy after a poor night sleep is linked to insufficiently functioning mitochondria.

Some people say that it could be important to supplement melatonin in our sleep deprived societies. Often, melatonin is prescribed to patients with sleep deprivation or insomnia. It is effective in treating certain sleep disorders such as jet lag and insomnia in elderly people.

Why Is Supplementing The Melatonin a Temporary Sleep Solution?

You should not blindly supplement! There is more to the story. I consider a lack of melatonin and its symptoms a health issue. Supplementing Melatonin means hiding the cause of the problem. Melatonin is an endogenously (inside our body) produced hormone and supplementing; it means interfering with the natural negative feedback loop in our body. Darkness implies rest and repair, and under normal conditions, our tissues should release the right substances at the right time to help that process.

Melatonin secretion is triggered by the darkness and has its negative feedback loop. That means if you take it as a supplement the pineal gland and the eye will stop producing the right amount necessary for regeneration. Many scientific studies show that melatonin supplementation can also cause side effects like anxiety, daytime sleepiness, headaches, abdominal symptoms, irritability and even symptoms of depression. These are all signs of interference with the natural tryptophan-serotonin-melatonin cycle.

Naturally, humans are preparing for the nocturnal melatonin release in the morning. Sounds counterintuitive especially since we know it is a night hormone. But in the morning we are setting the pace for release of especially that sleep hormone at night.

To understand that we must analyse the melatonin synthesis from tryptophan. Tryptophan is an essential amino acid, and we ingest it with our diet. There is a lot of tryptophan-rich food. Tryptophan from our dietary intake is transformed via 5- hydroxytryptophan (5HTP) into serotonin. When night comes, we make melatonin out of serotonin. Factors like stress, the light environment and diet can interfere with this process.

What Are The Factors That Influence Melatonin Production At Night?

Scientific studies reveal that circadian disruption interrupts the clock gene expression of our biological timekeeping system which also changes the neurotransmitter systems. Impaired activity of neurotransmitters is linked to depression, anxiety and insomnia.

Morning light exposure reset the circadian rhythm, improves neurotransmitter activity and indirectly responsible for the improvement of melatonin release at night in the absence of artificial light.

How Many mg Of Melatonin Can You Take? When Should You Take It?

If you are a healthy person, do NOT take melatonin as a supplement. Re-adjust your circadian timekeeping system with light cues during the day and lower blue light frequencies during the evening.

However, in some situations, 1 mg of melatonin can help you to fall asleep and stay asleep throughout the night. This is as especially true for the people working in shifts and for jet lag. If you suffer intensely from jet lag when flying into different time zones, a low dose of 0,5-1 mg of melatonin close to target bedtime in your destination can be helpful.

By tricking the brain with melatonin, you can mitigate the effects of the sleep deprivation you were exposed to. But once you are adapted in the new time zone, taking melatonin is not advisable because of the interference of the supplement in the negative feedback mechanism of the hormone axis. Before using melatonin, you should change your artificial blue light environment first.

Do not use melatonin supplements when exposed to continuous artificial blue light!

Melatonin is produced in the lens and retina triggered by darkness to regenerate the cells of the eye. Supplementation suppresses the endogenous production which can interfere with the visual and timekeeping mechanisms of the eye. 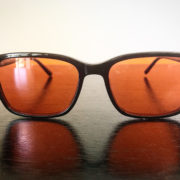 What Are Blue Light Blocking Glasses? 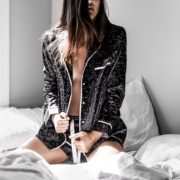 How To Sleep In Hot Weather?
2 replies

Why Is Diet And Exercise Not Enough To Lose Weight

How To Recover From Jet Lag And Maintain Your Sleep Routine ?

Insert Your Email to Get an Elite Preventive Program

Insert Your Email to Get an Elite Preventive Program